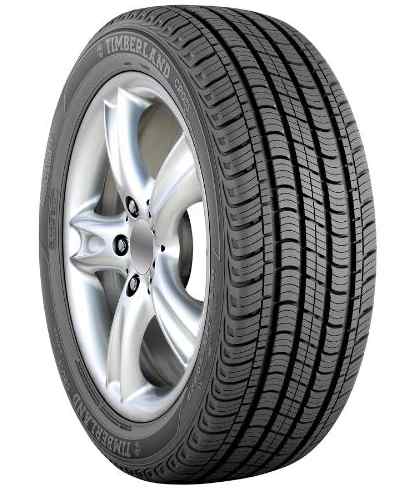 Timberland, known mostly for its footwear, and Omni United have joined forces to create a co-branded line of tires, specifically meant to be recycled into footwear when their lifecycle as tires has ended. This isn’t actually the first tire/footwear combo, as Pirelli has sold tires and footwear for years. But this is the first one where the products are so intimately associated with each other, as one will eventually become the other.

Footwear and tires are two of the largest users of virgin rubber. So formulating a rubber that will work specifically for both is a great plan, as long as the reclamation process works. They have partnered with Liberty Tire Recycling, taking advantage of an existing framework to get the tires back to Timberland to be ground up and recycled into sheets for outsoles.

Hopefully this whole process will take place in the US, and not be shipped back and forth to Asia…

Regardless, it is a step in the right direction where the brands have not only partnered for a product, but specifically to reuse material and extend its useful lifecycle. Hopefully more brands will be able to figure out partnerships like this.